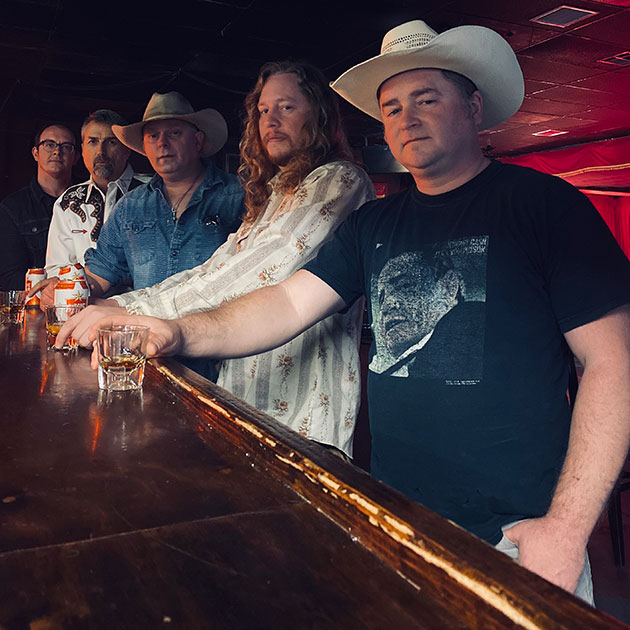 Meeting in the middle they call Austin home base. Not wasting any time they got to work and dropped their self-titled record in 2010. With later addition of Jessie Esquivel on Drums and Michael Small on pedal steel guitar they completed the band. In 2013 they entered the Shiner Bock Rising Star Battle of the Bands and came out the victor. Playing as often as they could, It’s no wonder they couldn’t find the time to release a follow up album - until now. Come the fall of 2018 these country boys will deliver their anticipated sophomore album.

Of course that’s not to say they’ll put playing live on the back burner until then. They’ve made their name locally known playing throughout Texas. From Fort Worth to Marfa, Midland to Houston, Dallas to San Antonio, and back again in places that range from Saxon Pub, Oil Palace, Broken Spoke, The White Elephant, The White Horse, and historic dance halls such as Nelson City Dance Hall, Twin Sisters. They’ve headlined countless shows and have also had the pleasure and honor of opening up for the likes of John Michael Montgomery, Kevin Fowler, Lorrie Morgan, Dale Watson, Casey Donahew and many, many more. Country fans know what’s good and that’s why they continue to be drawn to Armadillo Road.

Their sound, heavily influenced by traditional country music and such artists like Merle Haggard, Hank Williams, Bocephus, George Starit and George Jones they have that pure country goodness. Songs of drinking, good times, love, and heartbreak blend together seamlessly as Armadillo Road take you on a journey that has pit stops everywhere from sorrow to heartache and hillbilly hell raising. Their brilliant melodies, soulful harmonies and rich lyrical content allow listeners to be engulfed by sound; honky tonk sound.

It’s their ecclection and combination of styles that have led them to not only being a sought after Texas band, but a radio favorite. KOKE FM listeners in Austin couldn’t get enough of “Take Me Back". Even the South African documentary TV series "Country Hart Met Juanita" hand picked Armadillo Road to represent American Honky Tonk Country Music. Armadillo Road plans on serving more of the good stuff since their 2018 album release.